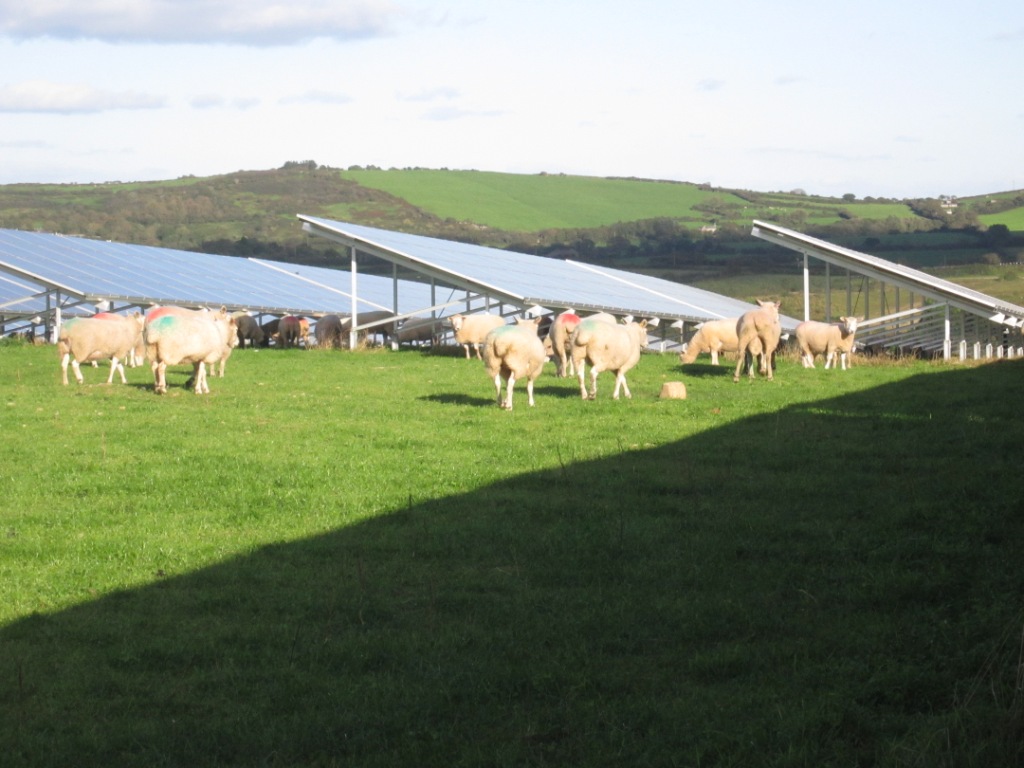 Now let’s look at some figures to put things into perspective. Solar farms will typically have panels installed at angle of between 20 to 30 degrees, depending on the topography of the site. Assuming a height of 2.2 metres from the edge of the highest panel above the ground and a worst case scenario of 20 degrees, the gap between the rows of arrays is about 3.5 meters, whereas the width of each array is about 4 metres. Taking into account other areas of the site which are left open (distance from the boundary, area around inverters etc.), the actual area covered by arrays is easily less than 50% of the total site area and in fact closer to 33%. So two thirds of an average site is actually uncovered. But in fact, when sheep continue to graze the land, they in fact utilise even the area beneath the arrays (particularly when it’s raining). And grass does grow underneath the panels in the U.K. So in fact, virtually no land is actually lost when considering the area practically available for sheep. The total land area of the United Kingdom is